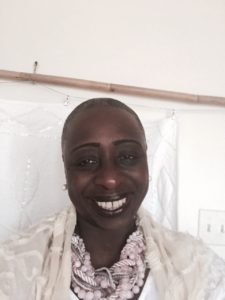 Odu and Apataki: A diviner’s conversation with Egungun

The reverence of Egungun is an integral element of the religious practices and ontological world view of the Lukumi and their progenitors the Yoruba. The Lukumi are known to say “it begins and ends with Egungun”. Through their many intricate systems of divination the Lukumi can communicate with not only their Egungun but all of the forces in the universe. The configurations which appear as a result of the casting of divination instruments are called odu and these odu tell a story known as an apataki. It is through the relating of the apataki and its subsequent interpretation that an individual can understand how to best interact with the forces of the universe; in this case Egungun. This presentation will focus on apataki which explicate and define Egungun reverence in a Lukumi context.

L Sauda Smith is an independent researcher. She is an alumna of the African languages and Literature Master’s program. She lived and worked in the British Virgin Islands for 21 years. She has served as the Head of the Humanities, Dean of Arts and Sciences Division and the Vice President of H. Lavity Stoutt College. She has conducted extensive research on Yoruba and Lukumi divination tales, their structure, literary analysis and modern sociological relevance. She is a hurricane Irma survivor now residing in the Mid Hudson Valley.