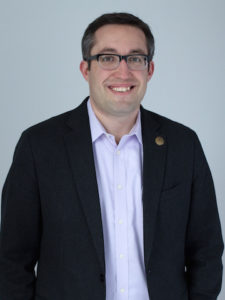 Dirt, Concrete, and the Substance of Memory in Slavery’s Dungeon

In the summer of 2017, Kwame Akoto-Bamfo installed “In Memoriam: Portraits of the Middle Passage in Situ” at Cape Coast Castle, a former slave fort in Ghana. Consisting of 1,300 life-sized portrait heads made of local concrete, Akoto-Bamfo placed them on the floor of the castle’s two main dungeons. “Look closely at the faces,” reads a sign at the entrance to the dungeon, “you may see someone who looks like a family member.” But the heads themselves, cloaked in the darkness of the dungeon and huddled together on a floor made of accumulated detritus, dirt, and feces, seemingly disavow visitors’ effort to engage with them. This presentation takes Akoto-Bamfo’s installation as a point of departure to explore how one claims and honors ancestors who leave no descendants: the dead and disappeared taken during the African slave trade. Reading Akoto-Bamfo’s installation alongside the works of Afro-pessimist theorist Saidiya Hartman and novelist Yaa Gyasi, I argue that this installation asks us to claim those we cannot see, whose faces and bodies cannot be felt in the darkness of the dungeon or the pages of the archive.

Matthew Francis Rarey is Assistant Professor of Art History at Oberlin College, where his work investigates assemblage and ephemeral aesthetics, visual conceptions of enslavement, and the development of religious arts in the early modern African-Portuguese world. His writing on black Atlantic visual culture has appeared in Theorizing Visual Studies (2012), Romantic Circles Praxis Series (2014) African Heritage and Memories of Slavery in Brazil and the South Atlantic World (2015), and is forthcoming in African Arts. Rarey earned his B.A. from the University of Illinois at Urbana-Champaign, and his M.A. and Ph.D. from the University of Wisconsin-Madison.