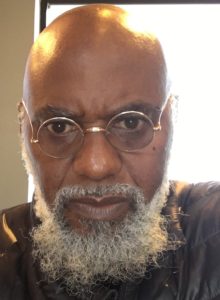 The paper considers an experimental methodology in which we present Ifa with the question of the relevance and role of European aesthetics for exploring the art of Africa. Ifa, regarded as Akéréfinúsogbón Ẹlérìíìpín, is understood as having an answer to all questions. The paper reflects on the possibilities and challenges of using Ifa divination as a tool for art historical analysis. It also investigates the processes of Ifa consultation as a means of deploying the multi-sensorial dimensions of artistic experience, which Henry Drewal has aptly described as “sensiotic.” With the analysis of specified sessions of consultations of Ifa witnessed by the author, the paper engages matters of language in African art historical writing raised by Rowland Abiodun in his latest book, and the complications arising from the triple consciousness of Africans looking at African art from the perspective of colonizing artistic activities. 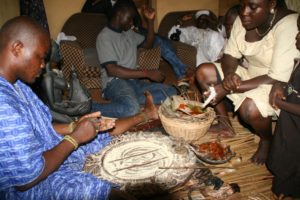 Moyo Okediji is professor of African art and art history at the University of Texas, Austin, where he served as the director of the Center for Art of Africa and its Diasporas. His latest book is titled Western Frontiers of African Art. He studied with Henry Drewal at the University of Wisconsin, Madison, where he obtained a doctorate in 1995. He has taught at various universities in the United States and Nigeria, and for a decade he was curator of African and Oceanic arts at the Denver Art Museum. He produces mobile Egungun installations with contemporary themes and has shown his work at several museums including the New Museum of Contemporary Art, Smithsonian Museum for African Art and Denver Art Museum. He is currently working on the 256 icons of Ifa, the subject of his new series of paintings and installations. He is also writing a book on these 256 icons for which he has devised mathematical computational patterns.