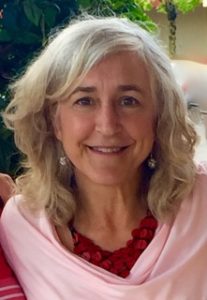 Art and activism go hand in hand for South Africans, and black consciousness is everywhere present in today’s protests for a more equitable distribution of wealth. Shannen Hill expands her deep study of Stephen Biko’s legacy today within popular protest that critique capitalism in the continent’s richest nation. Visuals from the country’s Fallist campaigns – a series of mass demonstrations that gained an international platform through social media – evidence the ready reliance on black consciousness principles. Biko remains the father of black consciousness for generations of activists who have pictured his principles to topple monuments, compel education and labor rights, and decolonize   institutions. Commissioned for inclusion in The Legacy of a Troubled Past: Commemorative Politics in South Africa in the 21st Century (forthcoming, Presses Universitaires de Provence and Liverpool University Press), this research forms part of a longer essay entitled “Borrowing Biko: Visual Critiques of Capitalism in South Africa.”

Dr. Shannen Hill is President of the Arts Council of the African Studies Association and a Research Associate with the National Museum of African Art, a Smithsonan Institution. A curator, professor, and scholar of twenty years, her first book, Biko’s Ghost: The Iconography of Black  Consciousness (U. of Minnesota Press, 2015) was supported by a J. Paul Getty Post-Doctoral Fellowship. The Smithsonian Institution supported the writing of her second book, tentatively called Visual Histories of Mining in the Making of South Africa, in the form of a Senior Fellowship. Her publications include studies of African American art, central, and southern African art, and her exhibitions of historical African art are drawn from the entire continent. This includes an exhibition now underway for the Agnes Etherington Art Centre at Queen’s University called The Art of African Ivory, which opens April 28 in Kingston, Ontario.